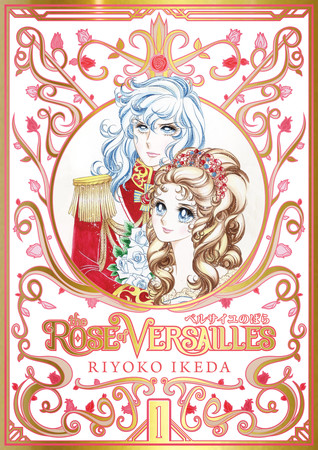 Michael Gombos, senior director of licensed publications at Dark Horse Comics, shared some “embarrassing (manga) licensing stories” at Dark Horse‘s panel at Anime Expo on Sunday. Among them are stories of major licenses that never came to be at the publisher: Attack on Titan and Rose of Versailles.

Dark Horse passed on Kodansha‘s offer for Attack on Titan early in its run. “A few years ago, Kodansha offered us a series that only had four chapters out,” Gombos recalled. “‘We’re not sure about it, but there’s an anime coming out…? want it?'” The manga turned out to be Hajime Isayama‘s Attack on Titan.

Gombos also recalled another story about a manga he overlooked which was a big deal: Riyoko Ikeda‘s Rose of Versailles: “Shueisha offered us Rose of Versailles, then I kind of forgot about it. Then when Udon Entertainment picked it up, Carl told me, ‘We coulda had that?!'”

How did this happen? Gombos explained that the manga team at Dark Horse is small, and he was juggling many different tasks at the time. He frankly acknowledged the missed opportunity in retrospect.

Hajime Isayama launched the original Attack on Titan manga in Kodansha‘s Bessatsu Shōnen Magazine in 2009, and ended the series on April 2021. The manga’s 34th and final volume shipped in June 2021. Kodansha Comics is publishing the manga in English digitally and in print, and released the 34th volume on October 19.

Ikeda launched the original manga in Shueisha‘s Weekly Margaret magazine in 1972. The story is set in the intrigue-filled court of Queen Marie Antoinette before and during the upheavals of the French Revolution. Lady Oscar is a young woman raised as a man to serve in the palace guards.

Udon Entertainment announced in July 2015 that it had licensed Riyoko Ikeda‘s Rose of Versailles manga series and planned to release the first two-in-one omnibus volume in the second quarter of 2016. The company then began releasing the manga in December 2019, and has since released the entire manga in five omnibus volumes.