This Week in Games – Botched Launches and Many Marvels 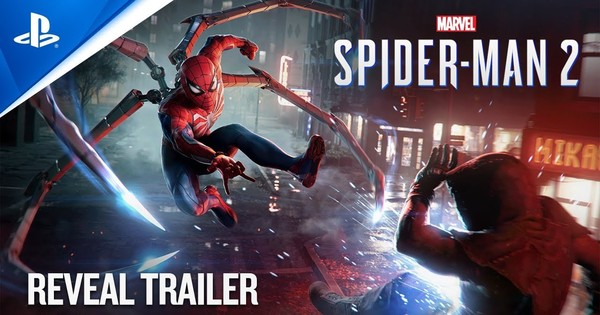 Heya folks! What have you been up to this week, gaming-wise? I’ve been playing the hell out of several things for various work assignments, but there’s one game I wanted to make at least a little time for: World Flipper, a unique gacha-pinball hybrid mobile game packed with cute pixel art and lots of enemy-smashing action.

I played the Japanese release of World Flipper quite a bit after its launch a couple years ago, but after hearing that the game was finally being picked up for a global release, I set that version aside. On Wednesday, the global version of World Flipper finally launched, and… well, it’s been messy, to say the least. “Rerolling” (resetting your account to get a more ideal starting gacha roll) has been made much harder, server disconnects are frequent… and while parts of the localization are excellent, much of the system/UI text is a hot mess. (Why oh why do companies keep treating UI localization as less important?)

Some of the character splash art has also been edited a bit to be less suggestive, like Ahri here. This one is particularly funny in its ineptitude, as the edit now makes her look like she’s wearing assless chaps… which is even more inappropriate than a battle leotard.

Despite everything, though, World Flipper is a tremendously fun mobile game with surprising depth and a really cool and diverse cast of characters. I hope it keeps up its momentum in the same way games like Arknights has. Give it a try if you’re on the fence – though you may want to wait a couple days until the servers get better.

Anyhow, PAX West happened, but not a lot came from it, announcement-wise – I completely forgot it was even happening until someone on Twitter was like “hey, wasn’t PAX this weekend?” I don’t blame the showrunners and sponsors for keeping things low-key, given the current COVID surge in many places, but I’m still a little surprised at how it just came and went with so little fanfare.

Also, Sonic Colors Ultimate has been the talk of Twitter, but not for good reasons: numerous reports and footage of the game having launched in a stunningly buggy state are all around social media, with the Switch version taking the most flack.  (I’d normally put in a YouTube embed here showing the bugs, but some of the graphic issues might actually trigger seizures, so… no. Just search on YouTube or Twitter.) All versions of the game seem to suffer similar issues, which has led many to think that remake developers Blind Squirrel poorly used the free and open-source Godot engine when porting the game (and also forgot to include the necessary license documentation in-game, apparently!). I was all set to grab it on Switch, too. Hopefully things get patched very quickly, because this is not a good look.

But hey, there’s the PlayStation Showcase. Let’s take a look and see how that went.

PLAYSTATION SHOWCASE: DO YOU LIKE MARVEL, GUYS? DO YOU?!!!

Well, considering that this was mostly just a procession of trailers, I don’t know how much commentary I’ll be able to provide. But hey, in case you missed it, let’s look over what was shown! What was shown that fits in with this column’s general coverage area, anyhow.

So what was the theme of the presentation? Well there were three Marvel Comics games shown in some form. Rumors were swirling beforehand that Sony might be bringing back its original superhero franchise Infamous, but nope, they’re going all in on the licenses. Which might not be a bad thing.

First off, there’s a new trailer for Square-Enix and Eidos’s Guardians of the Galaxy, which we saw way too much of during E3. But have some more anyway.

If that’s not to your liking, well, how about a game from Insomniac about everyone’s favorite gruff, be-clawed X-Man?

Not much to go on here, but hey, Wolverine! It’s a game that will exist! Given how much everyone liked Insomniac’s Spider-man it’s probably in good hands. But speaking of Spider-man…

That’s getting a sequel too! With Venom in it! Insomniac’s making that one, too, which means they must be extremely busy right now.

A remake of the much-loved Knights of the Old Republic, to be precise. No real details or anything, because all they gotta say is “KOTOR Remake” to get fans salivating.

Other interesting stuff shown included Ghostwire Tokyo, which looks weirder and creepier and more interesting every time I see it. I’m personally looking forward to this one quite a bit.

Project EVE is a Korean-developed hack-n-slash action game from developer SHIFT-UP that looks extremely stylish and fun, taking obvious cues from Devil May Cry and Bayonetta. Hey, if you’re going to make a game in this vein, learn from the best. The artist and director behind this is famed illustrator Kim Hyung-Tae, which explains the wonderfully crazy fashion on the main heroine. It’s definitely on my radar.

Gran Turismo 7 has a release date. I am extremely not a car person so anything GT-related leaves me cold, but I’m sure there are folks out there losing their minds over this, and I’m glad they’re happy.

A remake of Alan Wake!

A collection of Uncharted games!

I think Tchia looks cute and charming, but I’m a big sucker for tropical settings and games that let you swim around with exotic fish.

Square-Enix‘s Forspoken, from their Luminous Productions studio. I’m warming up to this the more I see it. Launching in Spring of next year, supposedly, but I feel like announced release dates from Square-Enix are more of a suggestion these days.

And finally, the thing most of the audience was probably watching just to see, God of War: Ragnarok‘s first reveal. No release date for this one other than “2022,” so expect plenty more trailers between now and when it finally releases.

So yeah, kinda underwhelming presentation for me personally, but lots of folks I know found things there they are excited about, so overall I think the presentation went pretty well for Sony. Now if only people who wanted a PS5 could buy one…

YOKO TARO’S NEW THING IS A TRADITIONAL RPG, like, REALLY TRADITIONAL BUT ALSO NOT BECAUSE IT’S A YOKO TARO GAME

We’ve known that our good pal Yoko Taro has been working on something new at Square-Enix for a while now. I think we all assumed that it would be some sort of action/RPG-type game, as that’s what he’s most famous for, but this time he’s doing something very different. Very traditional. Very card-y. And, from the looks of the trailer, very Yoko Taro.

Voice of Cards: The Isle Dragon Roars is the title of this new card-driven (virtual) tabletop RPG. A lot of veteran staff from the NieR/Drakenverse is here, including character designer Kimihiko Fujisaka, Keiichi Okabe on music, and Yosuke Saito as producer. While there’s not a whole lot to go on from the trailer, the cards and the text contained upon them are clearly the focal point. According to the press release, the game contains “an enchanting story depicted completely by cards.” I don’t know about you, but I think that sounds rad as hell.

It’s also the kind of thing that Yoko Taro wouldn’t have been allowed to make if NieR:Automata hadn’t been a runaway success. I’m certainly glad that game’s given Taro the money and clout at Square-Enix to do weird experimental stuff like this. Hopefully more will be revealed soon!

Okay! I think that’s everything I wanted to cover for this week. So, what was your favorite part of the PlayStation Showcase? Or was it some other news this week that sparked your interest? Discuss this week’s game industry developments in the forums with all your ANN buddies (and me) at the lovely link below. Have a good week, stay safe, and enjoy videogames!